Skip to content
We all struggle with things we’ve told ourselves we can’t escape. In some ways, what we’ve told ourselves is true because we give a self-fulfilling prophecy: “I have an issue (doubt, anger, hopelessness, a sense of worthlessness, etc.). It’s just the way it is, and I can’t escape it.” And guess what? You won’t escape because you’ve fulfilled what you’ve declared to be a truth in your life, but the whole truth is you do have power over your struggle. 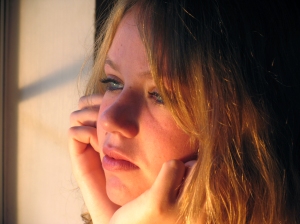 Identify the lies and choose not to believe them. The Devil, our enemy, will lie and twist truths to convince you that you’re a slave. You may feel you’re not worthy, it’s something you can’t change, or you’re a victim. Those thoughts are lies.  Don’t listen to them.  In addition, we are good at lying to ourselves by making self-defeating statements like, “That’s just the way it is”, “But I’ve always struggled with that”, “That’s just something I can’t change”, or “I’m working on getting over that issue, but I guess it’s just going to take a while.” The enemy knows if you allow yourself to be enslaved, you will be distracted, paralyzed by your circumstances, and useless to the call the Father has put on your life. You have a choice to let enemy control you. You also have a choice to evict the thoughts, feelings, or negative emotions before they take root and darken your mind.
Confess the sin to the Father. Ask the Father to forgive you for the mental thing to which you’ve allowed yourself to be bound. For example, if you’ve struggled with bitterness over a situation that happened to you and you’ve used that as an excuse to become a hopeless or angry, confess those things to the Father and ask Him to forgive you. If you’re not sure where to look for inspiration about how to confess and talk with the Father for the issue you’re battling, here’s a great blog post from a fellow Christian blogger that may help: http://revivedlife.com/blog/prayer-to-release-anger/. There’s no magic formula or prayer template, but if you are sincere in confession and forgiveness, the Father is always faithful to forgive.
Make declarations over the situation. Know that you have power over the enemy because Jesus has given you that authority. Just as Jesus spoke directly to demons and disease to cast them out and bring healing, you can do the same thing. You can make declarations by stating something like the following: “In Jesus name, anger (or whatever it is you’re battling), be gone! You have no power over me. I chose to set my eyes on things that are good and righteous because they please the Lord. I cast out feelings and emotions that are not of God. I have been purchased by the blood of the Savior, and He is worthy to purchase my freedom.”
Troubles may come and go. Life happens, but you choose whether or not to allow your circumstances to open doorways to negative feelings, thoughts, and emotions. As soon as a new negative thought tries to enter your mind, immediately offer it up to God and choose not to allow it to take root. As a trusted friend once told me (and he was right) when I was swimming in self-pity and doubt, “You are a strong soldier of God. Now start acting like one!”
Believe and trust that God has freed you and move on. The keys to your chains have already been purchased. Live free. 🙂