I lift up my eyes to the mountains — where does my help come from?  My help comes from the Lord the Maker of heaven and earth. – Psalms 121:1-2

I’m a news addict.  I love to read everything I can get my hands (or eyes) on.  It’s a great blessing to know at any given moment what’s going on in the world, but it’s also a curse.  It’s hard not to be effected by stories of death, wars, natural disasters, crime, etc.; and it can seem paralyzing at times. 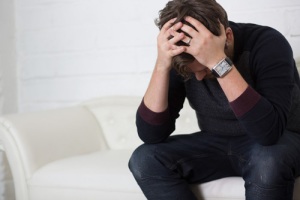 As Christians, how should we respond to negative news or suffering around the world?  Pray for Christ to come quickly?  Shake our heads in condemnation?  Worry about the future?  Throw up our hands and just give up?

It would be easy to agree with the lie that we’re helpless.  After all, it’s a big world with plenty of big problems.  It often seems impossible for one, small voice to be effective.  However, it’s important for us to remember we have the most powerful weapon in the world against such chaos — prayer.

Negative things we see and hear often effect us deeply because we are made in the image of God.  As Christians, what grieves our Father should also grieve us.  We are His mirrors on the earth, reflecting His heart for humanity and His divine nature.  We are creative, emotional, inventive and Spirit-filled beings just like our Abba.  As we grow in our Christ-like world view, our compassion and love for others grows. As such, when we see terrible things happen, whether it’s in the news or a tragedy involving a loved one, it can be painful.  However, instead of feeling helpless and giving up on the situation, what if we used the burdens we feel for others as opportunities to pray?  Could our intercession and pleading on the behalf of others change the course of an event or a person’s life?  I can speak from personal testimony — Yes, prayer makes a difference!

Prayer is frequently used as our last line of defense when it should be our first.  It’s a direct communication line with the God who makes all things possible. When prayers are answered, it builds personal faith in God. It strengthens and reaffirms trust. When we share testimonies of God’s faithfulness through answered prayers, it can change someone’s helpless feelings to hope again. It can build the faith of others or renew a commitment to pray about a promise not yet fulfilled.

Here’s a true story about how someone else’s prayers and testimony changed a person’s life (and mine):

Mrs. Golightly, my middle school and high school English teacher, appeared visibly shaken one morning as we begin class. Her usual cheery smile was noticibly missing. Tears welled up in her eyes. As she explained the day’s lesson, she began to cry and had to stop.

“Class,” Mrs. Golightly began, “I found out this morning that a former student who is only a few years older than you all has been diagnosed with Lymphoma. The cancer is all over his body, and the doctors don’t expect him to live more than a couple of months. We are going to pray for that young man every morning before class until he is healed.”

I had Mrs. Golightly as a teacher for two straight years. Every day for two years, we prayed for the boy with lymphoma. Although there were bad reports some days about the progress of the cancer or lack of effectiveness of chemotherapy, we prayed anyway. When two months and then several more passed and the boy miraculously still lived, we prayed. We thanked God for the young man, his life, and his testimony. We prayed with hope that he would live despite the odds against him.

Then the news came: the boy was healed completely of cancer. The doctors ran several tests and claimed it must have been a miracle because the evidence of cancer was gone.

How did the news of they boy healed of cancer affect me? As a new Christian, I saw my Father in action. I saw that partnering and petitioning with Him matters. That day built my faith and laid a foundation to pray earnestly and expectantly, knowing my Father would here my requests and answer.

Scripture points us to the importance of intercession as a valuable tool of deliverance, healing, and divine intervention:

I pray this post will encourage you in whatever you are facing. Remember, you are not alone because God hears your prayers. Never give up. Never lose hope.