A “prostitute.” A “harlot.” A “promiscuous woman.” These are all words traditionally used to describe the Samaritan woman at the well in John 4. Like Mary Magdalene, she is often judged for her past as a sinner and as a person with little-to-no value due to her circumstances. But is this characterization accurate? 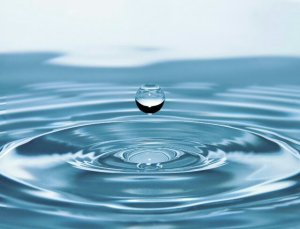 At the beginning of John 4, Jesus and His disciples arrived in the Samaritan village of Sychar on their way to Galilee. Normally, Jews traveled for three days around Sychar to ensure they would have no contact with Samaritans, a group they considered unclean; but the Bible says that Jesus and His disciples had to go through the village (but no explanation is given as to why) (Lizorkin-Eyzenberg).

Once they arrived at Sychar, the disciples went into the village to buy food. Jesus, who was very tired, sat beside Jacob’s well (a field near the village) to rest. Shortly after, a Samaritan woman approached to draw water. Although the woman was never named, we know from the story that her interactions with Jesus and the revelation she was in the presence of the long-awaited Messiah impacted an entire village. However, we also learn she was married five times and living with a sixth man to whom she was not married, a discovery that has frequently painted her in a harsh light.

Interestingly, the Samaritan woman’s assumed naughty behavior is not commented on directly by Jesus as sinful, unlike the adulterous woman to whom He told to “go and sin no more.” In addition, John, as part of his account, never stated the cause of the woman’s situation either. It seems possible this omission may be on purpose as it is likely not the focus of the story; however, it has traditionally been used as the emphasis. Why do I say her alleged sin is not the primary piece of the story? Let’s take a look at some common scenarios this unnamed woman might have faced that have nothing to do with sinful behavior that could have led to her tragic marital situation.

It was not uncommon in the First Century for a young teenage girl to marry a much older man. The life expectancy was short and becoming a widow more than once was a reality for many women of antiquity for that part of the world. Could it be possible the woman at the well experienced the death of at least one of her five husbands? It seems very likely (Crown, Silver).

Some Biblical researchers have suggested the Samaritan woman may have been involved in a Levirate marriage; however, this scenario, although possible, was not allowed by Samaritan and Levitical laws (see Leviticus 18:16 and Deutoronomy 25:5-10) and has been strictly followed (most of the time) for what is known from ancient Samaritan historical writings. The Levirate marriage was the practice of a widow marrying the dead husband’s brother to provide financial security and continue the brother’s family line.

History suggests Samaritans may have practiced Levirate marriages at some point since Jewish women, for whom this practice was common, married into Samaritan families upon occasion to reduce the genetic consequences of continuous intermarriage of extended family members. Therefore, it is reasonable to assume the rules and laws may have changed slightly over time, but due to poor records on marriage laws and customs from that timeframe, it is difficult to know for sure (Atteberry, Crown, and New World Encyclopedia).

It was also acceptable for Samaritan men to have more than one wife, especially if the first wife was barren. Although the law legally allowed this form of marriage, Jesus’ definition was between one man and one woman only. Some theologians have suggested that perhaps Jesus was not pointing to her sin with the last man she was with but simply pointing to an arrangement that was not recognized by Him (Crown).

Occasionally, it was necessary for a woman who had no dowry to be taken in by a distant male relative (which was common). This is also a possibility as she would have been living with a man to whom she was not married (Crown).

Serial divorce initiated by the woman at the well has also been brought up as a possible reason she had so many husbands, but that situation seems the most unlikely. Since women have to have a male relative help with divorce initiations, it would have been unheard of to have any respectable man help her divorce several different men. It would have been considered extremely taboo in that part of the world during the First Century (Crown).

Is it possible she initiated at least one divorce of the five marriages? Yes, it is possible. It would not be unthinkable that multiple men may have divorced her. It was much easier for a man to divorce his wife than for a woman to divorce her husband (Crown).

Could the woman at the well have been a prostitute? If she initiated divorce, she may have lost any dowry or other assets to her ex-husband. In that ancient culture, no husband would have meant little or no financial security, personal value, or future hopes. She would have been at high risk for living on the streets, starving, and destitute. It also seems reasonable to assume that if she were a prostitute, no one in her village would have listened to her testimony of her encounter with Jesus because her standing within her own community would have been so low (Atteberry).

Honestly, the more I consider any of the scenarios listed above, the more I feel compassion for this woman. Her past seems to indicate she was most likely a victim of her circumstances instead of a sinful, wicked woman. The one fact that stands out the most about the Samaritan woman’s story to me is that Jesus saw her worth. He spoke about her situation which carried a lot of personal significance about her financial situation, standing within her own community, and the likely deep lack she felt. In addition, Jesus, a Jewish teacher, talked to an “unclean” Samaritan who was a woman. Then, He asked to share her water vessel which would have caused him to be considered ritually unclean. Any of those things on their own would have been considered odd by the culture of the day (Atteberry).

It seems the account tells so much more than about a woman at the well. It was a divine appointment which led the first evangelist, a woman, as recorded by John to reach a people separated from God. Jesus offered worth and restoration to a broken woman; she took the same hope and restoration to her community.

Beloved, if you carry shame and unworthiness, consider the story of the woman at the well. Like Joseph, who’s tragic circumstances led to the salvation of his people (by the way, his bones were buried very closely to Jacob’s well), this unnamed woman’s story follows a similar path (Bible Study Tools).

No shame is too great. No brokenness too unworthy for God to look beyond your past and speak restoration over you.

Bible Study Tools, “At Jacob’s Well and at Sychar”, http://www.biblestudytools.com/commentaries/the-fourfold-gospel/by-sections/at-jacobs-well-and-at-sychar.html